A nursing pillow was one of the first things I made after my daughter was born. Nursing sessions with a newborn take forever (at least with my child they did) and it can get quite taxing on your muscles when you have to hold your baby in a good position for a prolonged period of time, several times a day. I really needed some support to make it workable. 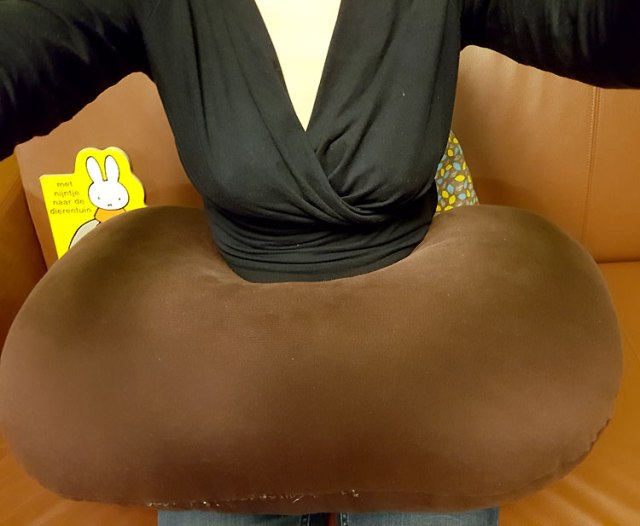 I had used a nursing pillow to support my belly when I slept during pregnancy but it didn’t really work for nursing. I had to constantly rearrange it because it shifted and I could only get it to somewhat work when I sat in bed. Well, that was fine for the first couple of weeks, but at some point you want to move your life back to the living room during the day. I tried using some other pillows to support my daughter when I sat on the couch but it just didn’t work. The most annoying part was keeping the pillow in a good position for the duration of the nursing session. 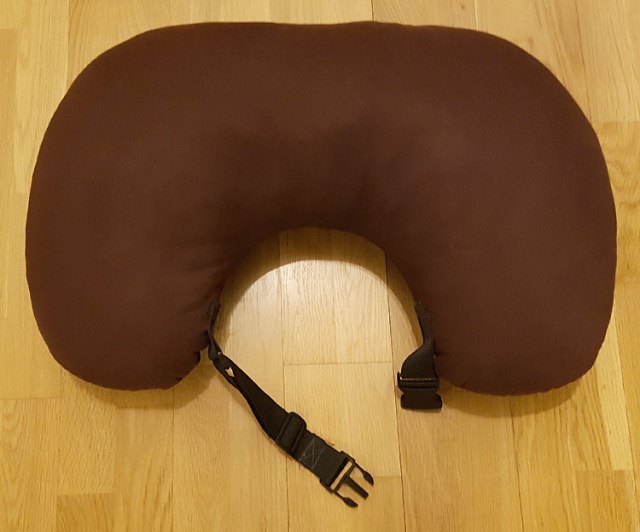 So, I decided to take matters into my own hand and create a non-shifting nursing pillow. I researched some free nursing pillow patterns and decided to use one from make-baby-stuff.com because in the description it said it was slightly thicker than certain store bought pillows and that quite appealed to me as one of the issues with my other pillow was that it wasn’t really high enough. 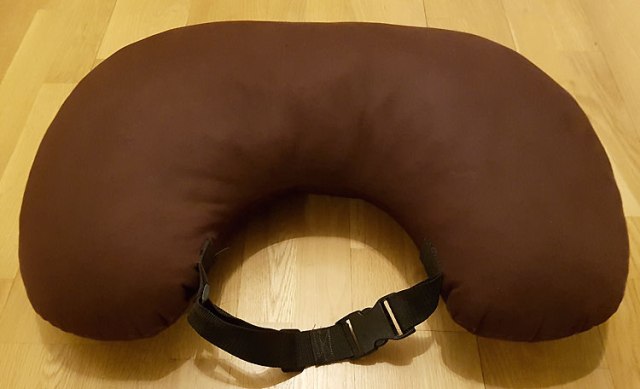 The only adaptation to the pattern that I made, and which was the key to prevent shifting, was to add an adjustable strap with a side release buckle at the back. This strap was repurposed from a bag I never used. To attach the strap to the pillow I first partially sewed the concave side of the pillow closed, so that I could still sort of lay the fabric flat as I sewed on the straps. I made sure to position the closure for the strap so that it was a bit to the side as I didn’t want it digging into my back. I then sewed around the rest leaving a gap at the front for stuffing. I stuffed it as well as I could and hand sewed it closed. The fabric is a quite sturdy remnant of curtain fabric. 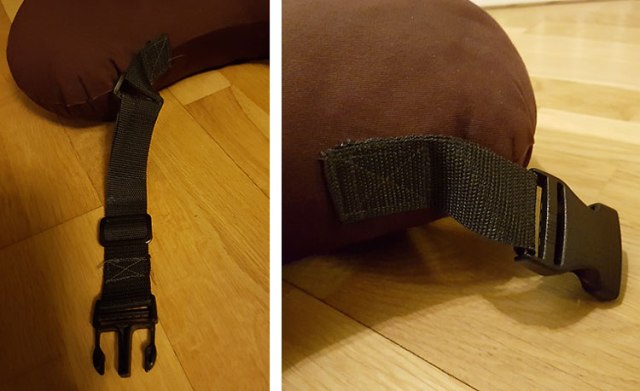 I considered sewing some covers for the pillow, but I just didn’t really have that much time for sewing in those early months and in the end I simply placed a towel on top, which is perhaps not as pretty, but certainly functional. And functional is just what you need as a new mom.

My name is Emmely and I am a sewing enthusiast from the Netherlands. Sewing is my creative outlet and I use it as a way to relax. I am currently mostly sewing quilts, bags and pillows for which I also create patterns. On my blog I share my sewing adventures and provide sewing tutorials. I hope to infect as many people as possible with my love for sewing.